If you haven’t attended any of the Traverse City National Writers Series events during BookMania, there’s still plenty ahead. Click over to their website and check out upcoming events, including Ben Sidran (Oct. 11), Bonnie Jo Campbell (Oct. 13), Paula McLain (Oct. 14) and Sarah Chayes (Oct. 15).

This week, I attended Mardi Link‘s talk at the beautiful Kirkbride Hall at The Village at Grand Traverse Commons. It’s the first time I’ve been there, and what an absolutely gorgeous space for events, weddings, whatever. Ray Minervini and his crew are doing such an awesome job renovating our former State Hospital.

Ron Jolly, who we all know from his morning talk show on WTCM (and who’s also the author of The Northern Michigan Almanac

), was the guest host, and it was a really fun evening – and also a benefit event for the History Center.

Mardi is a natural at these events, such an easygoing storyteller, and she just seems like she’d be fun to hang out with.

During the event, Mardi introduced her real-life Drummond Girls, which was a lot of fun.

My favorite part of the evening was when Mardi pulled out a small cooler and started to assemble a JELL-O shot for Ron, who apparently had never had one before! Bold move, Mardi. Bold move.

He needed just a little bit of encouragement, which Mardi and the audience were happy to supply.

And finally took the plunge, with Mardi documenting the event, of course.

From the National Writers Series site:

Traverse City writer Mardi Link swims into the depths of friendship in her newest book, The Drummond Girls

. This poignant memoir tells the story of eight women who met in 1991 at Peegeo’s restaurant near Traverse City. They decide to celebrate a friend’s engagement with a trip to Drummond Island, a remote chunk of rugged shoreline, wilderness, dirt roads, and dive bars.

So begins two decades of annual trips to Drummond Island, where they hang onto a slice of their youthful wildness, despite obligations of marriage, motherhood and jobs. Now their oldest friend, Beverly, is 65 and her memory is beginning to fade, so the friends set out to help her remember all the campfires, all the stories and all their shared secrets.

BookPage says, “So pick up this book: You’ll laugh, you’ll cry, you’ll ponder … the fierce friendships at the heart of this remarkable story.”

, a memoir of her post-divorce life in Traverse City. The book has been optioned for a movie. Link also has written several popular, northern Michigan-based true crime books: Isadore’s Secret

, When Evil Came to Good Hart

and Wicked Takes the Witness Stand

I must confess I haven’t read any of Mardi’s books, but they’ve definitely shot to the top of my list.

Do you have a favorite Mardi Link book? Were you at the event this week? Sound off in the comments below! 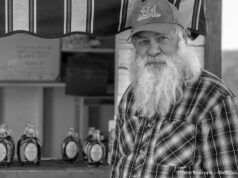 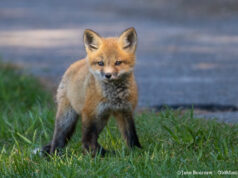 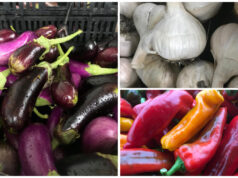