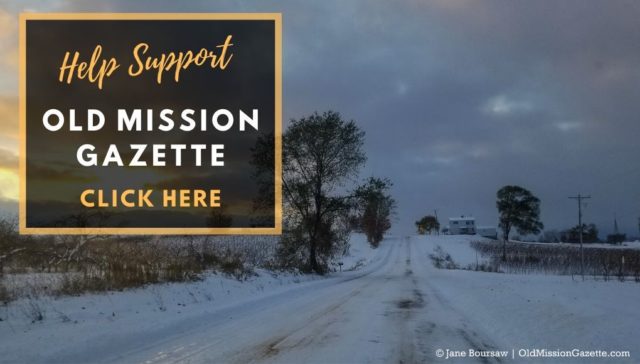 Brief Citizens Comments – for items not on Agenda
None

Conflict of Interest
None

Consent Agenda
Any member of the Board, staff, or the public may ask that any item on the Consent Agenda be removed and placed elsewhere on the agenda for full discussion.
1. Correspondence (as provided in packet)
2. Approve Minutes:
1. May 9, 2016 Special Joint Meeting Town Board and Park Commission
2. May 26, 2016 Park Commission Special Meeting
3. April 20, 2016 Special Meeting
3. Invoice List Approval

Skurski would like to remove Treasurer’s Report to Business I for discussion
MOTION: Griffith/Skurski to approve the consent agenda with changes. PASSED UNAN

A. Bowers Harbor Boot Camp Summer Program: Judy Franz, 16734 Wrightwood is requesting to be allowed to hold her Summer Boot Camp on Tuesday and Thursday mornings from 7:30-8:30 A.M. starting June 14, 2016. This program will run for about 6-8 weeks. She expects about 5-10 adults and the fee is $5.00 to help cover her expenses.
MOTION: Griffith/Skurski to approve the Summer Boot Camp Program. PASSED UNAN

C. Maintenance Report: Bob Wilkinson reports that: Signs for the Bowers Harbor Expansion are up. He would like to see the posting for use of the Pavilions done bi-weekly or monthly rather than weekly, so it is easier to update. The consensus of the board is that they are in agreement with this change to the Pavilions posting. Now that the trees have budded out, he and Andrus will look at the trees that have died on the beach for removal. Bohemian Cemetery tree removal bid has been awarded and company contacted. The beach bathroom door needs to be repaired. This will be a temporary fix, as the bathroom may be in need of replacement. There is further discussion by the Board on repair options and replacement of this bathroom.

MOTION: Shipman/Skurski to authorize Bob Wilkinson to perform temporary repairs on the beach bathroom not to exceed $200.00. PASSED UNAN

Consensus that the Board will have Andrus and Shipman research the easement and talk to the neighbors if necessary. Griffiths is to look into the pricing on a new facility. Wilkinson suggests a cement block building since repairs cannot be done
to plastic.

Shipman reported that the “No Lifeguard on duty” sign for Haserot Beach is missing.

MOTION: Griffiths/Sanders to approve “No Lifeguard on Duty” sign, which will be 24 x 36 two-sided aluminum. Existing posts will be used, if possible. PASSED UNAN

Wilkinson was on the trails today, and all trails are cleared. Shipman stated that Pelizarri signs are in place.

D. Budget Review Information/Review of Fund Balance: Skurski reported that he will be meeting with the Township Auditors and will be submitting his questions in advance so that the auditors can be prepared. Sanders encouraged public to submit any questions they may have. Skurski also reported that he has received $12,069.00 from the Big Jon sale; that he hopes to get the billings from the benches moved back to the 2015/2016 year, and will be clarifying some of the charges from the Big Jon building. Griffiths asked if the final payment had been made to Jeff Fletcher and if the painting had been entirely completed. Sanders will put the payment of $9,275.00 on the July agenda for payment. Skurski also suggested that the Park Commission might want to look at Pelizarri parking.

E. Report on Mihm Group Meeting re Grant Costs: Sanders stated that the Mihm group bid was extraordinary and well over what they had anticipated. Andrus suggested that it might be more economical to break down the bid. Griffiths states that SHPO should be contacted. Discussion continued on bidding process. The consensus of the Board was to not accept the Mihm bid. Gourdie Frasier will be contacted about being project manager. Sanders will have a meeting with Michelle Reardon, Director of Planning and Zoning, and discuss the recommendation that the Park Commission hire a project manager or use Gourdie Frazier.

MOTION: Sanders/Shipman to move forward on the Hessler Log Cabin RFP with the addition under pre-bid that there will be a mandatory pre-bid site visit on Thursday June 16, 2016 from 1:00-3:00 P.M. PASSED UNAN

G. Signage: ball park; Lighthouse Park, Archie: Griffiths reported on signage. Shipman will work with Claire Schoolmaster for the signage at the Lighthouse Park. Griffiths also suggested that Archie Park should have additional signs directing visitors to the steps. Consensus of Park Commission was to leave unmarked. There was a reminder that information on Archie Park was located on the Township Website. Board then discussed signage for the Baseball Park at Bowers Harbor Park.

MOTION: Sanders/Skurski to replace sign with the current wording, plus add “No Bikes, No Dogs, No Motorized vehicles.” PASSED UNAN

H. Bowers Harbor Expansion Committee: Shipman discussed the Bowers Harbor expansion committee. First meeting will be held at 3:30 P.M. on June 2, 2016 at the Township Hall. On the agenda for that meeting is to determine outside help and budget request. Shipman indicated that much of the preliminary work on the cost of items suggested is already completed and just needs to be pulled together. Shipman states that she is concerned, as the Town Board has asked for financial figures at the Town Board June meeting.

MOTION: Sanders/Shipman requests that $14,000.00 in addition to the $1000.00 line item for the Bowers Harbor Park Expansion be permitted so that the committee can move forward. PASSED UNAN

9. Long Range 5/10-Year Planning; Subcommittee Planning: Skurski indicated that he would volunteer to begin the 5/10-year planning process. He will seek public committee members for this committee.

Margaret Achorn, 11284 Peninsula Drive wondered if the meeting with the auditor is open to the public. She is interested in attending this meeting.

We need your support...

At a time when newspapers across the country are dying in droves, small community newspapers like Old Mission Gazette are the wave of the future. Owners Tim and Jane Boursaw are devoted to the Old Mission Peninsula community, but we need your ongoing support to keep delivering OMP news, history, photos, events and more. We rely on generous reader support to keep doing what we do, and every contribution, big or small, is valuable. Click HERE to support Old Mission Gazette. Thank you! 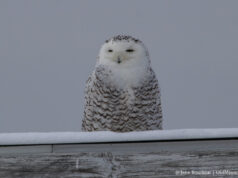 Photo of the Day: Snowy Owl on Center Road – First Sighting This Winter 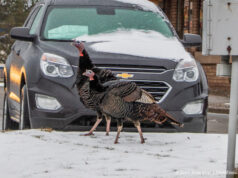 Kyle Sarber Awarded 'Firefighter of the Year' – See Pics of...

Photo of the Day: Snowy Owl on Center Road – First...