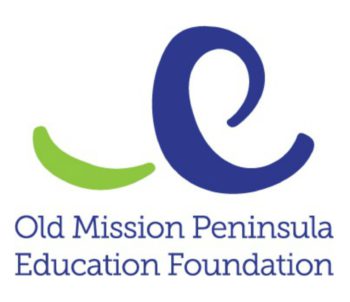 What’s happening with the purchase of Old Mission Peninsula School (OMPS)? We sat down with Allison O’Keefe, President of the Old Mission Peninsula Education Foundation, to get the scoop on how negotiations are going with TCAPS (Traverse City Area Public Schools). In short? It’s all good.

At their meeting on Nov. 14, 2016, the TCAPS board voted unanimously to negotiate with the Foundation on the sale of the building, contents and property. The board authorized two members, Erik Falconer and Scott Hardy, along with TCAPS Superintendent Paul Soma, to negotiate a legal binding purchase agreement for the sale of OMPS.

The Foundation submitted a formal offer on November 14 to buy OMPS for $1 million, which includes both the building and the assets within the school, such as furniture and supplies. The Foundation upped their previous offer of $750,000 after TCAPS officials, in a finance meeting earlier in the month, indicated that the initial offer was too low. The purchase offer is tied to an agreement for TCAPS to continue providing educational services for OMPS through at least June 2018.

TCAPS, which had targeted OMPS for closure in 2018, is finalizing reconstruction plans for Eastern Elementary School and must make assumptions within the design about whether the school will need to absorb Old Mission students. Thus, a November 30 deadline was set to make a decision regarding OMPS.

Also, in order for TCAPS to commit to educating students at OMPS beyond June 2018, the Foundation must also provide funding commitments to cover $400,000 in annual education overhead for several years beyond 2018.

Read on for our conversation with O’Keefe, who says she’s excited about how things are going with the negotiations.

Old Mission Gazette: So, how are things going? Give us an update on the negotiations with TCAPS.

Allison O’Keefe: The Foundation is meeting two to three times a week, and everything is pretty positive. We made our official offer, and they gave us their counteroffer about a week ago, so we’re looking that over. We had offered $1 million for all, and they came back at $1.1 million. So it’s in the lawyer’s hands, and we’re going to respond to their counteroffer. (She notes that while the negotiations are not public, she’s able to verify the counteroffer of $1.1 million, as TCAPS has mentioned that publicly.)

So it sounds like things are moving along in a positive way.

We’re hoping that this will be it. We’re really close. I think of it like this – when you buy a house, you both agree that you want to sell the house, you both agree on a price, someone wants the curtains, someone wants the carpet cleaned … that’s where I feel we are. I feel like we truly are that close. So that makes us feel very positive. As with any purchase of property, there are things we have to get through, but our last meeting with TCAPS was incredibly positive. I felt that the tone had shifted, that the contentiousness that had somehow popped up over the last few months was gone. It was very positive, and they were eager to work with us, so we’re thrilled. They’ve really shown some compassion towards our community in the last few weeks that we haven’t felt in months past.

What is happening with the November 30 deadline? Is that still an issue, at this point?

It’s not, and it hasn’t been for me or for our group. We all agreed that November 30 was the date, way back in August, I think. And I agreed, because at some point we need to move on. This whole process has been unbelievable on many levels. We’ve gone down so many different roads that haven’t worked out, and I don’t think anyone thought we’d even be here. But I’m not discouraged, because I knew that TCAPS had to (have a deadline), and that’s fine. I understand. They need to make plans. The Eastern (Elementary School) parents want to know what’s going on, absolutely. But that doesn’t mean there’s not going to be a school on Old Mission Peninsula.

If the TCAPS negotiations don’t work out for whatever reason, will there still be a school on the Old Mission Peninsula? Would you consider a charter school or some other type of educational facility?

Sure, I think everything would be on the table. While negotiating with TCAPS for this building, we’ve been doing a lot of research to see what our options are. If we can secure and protect this building and the property, then we can go back to the community and say, here are the things we’ve researched. We’ve been listening to the community for over a year about what they want to see on the Old Mission Peninsula. What do you want? Do you want to pay $400,000 a year to TCAPS for overheard, to keep them there for continuity? How valuable is that to you? Or do you want a charter school? We need to put it all together and bring it to the community so that everyone has a voice. All of this, unfortunately, has had to have been behind closed doors, but we want to be much more transparent and bring the community in for whatever decision will be made. Obviously, TCAPS would be the easiest, but what’s best for our community? I’m not sure.

One thing seems clear – that the Old Mission Peninsula community wants to have a school out here, in whatever form it takes.

The people who are interested and invested in the school and the history, they want to see some kind of a school out here. That has come out loud and clear from all over this town, so we’re going to do our best to make sure that happens.

Can you say anything about TCAPS’ counteroffer of $1.1 million? Will the Foundation accept that?

I actually can’t. We’re not supposed to be talking about any negotiations. It’s frustrating, but it makes sense. You can’t negotiate in public, because then everybody puts in their two cents. But I feel that we’re close, and the reception we had the last time we all sat down was such a change. It was a pleasure. Christine Thomas-Hill (TCAPS’ Executive Director of Finance & Operations) was in the room, and she was delightful and easy to work with. We all left feeling as if they actually wanted to make the deal.

Thanks so much for your time. Sounds like things are moving in a good direction.

It is incredibly positive. I honestly feel they want to make this work, so we’re excited. It might take a little while to absolutely pen it in ink, but I’m hoping for a wonderful Christmas Eve present. That’s how close I feel we are. We are hoping TCAPS will work with us on a plan to continue providing public education on the Peninsula.

To learn more about the Old Mission Peninsula Education Foundation or make a donation, visit their website. At this writing, the website is still in build-mode, but should be online within the next week. You can also make a donation anytime here.