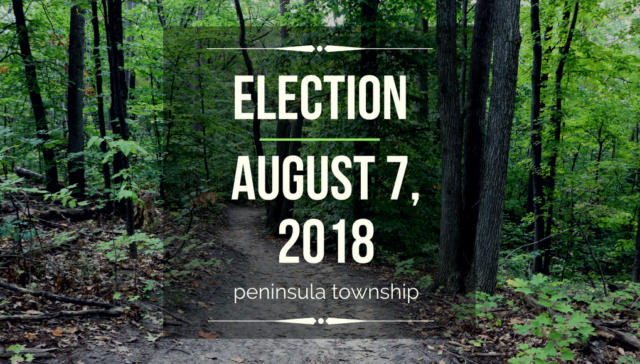 On August 7, residents of Grand Traverse County will have the opportunity to vote on the Animal Control Agency Millage Proposal. At 0.037 of one mill, the estimated cost to a household with a taxable property value of $100,000 would be $3.70 annually for a three-year period. The monies collected will be used to pay for staff and equipment, as well as fund future plans to curb animal cruelty and return lost pets to their owners. For the price of a cup of coffee or a gallon of gasoline, I urge my neighbors to support the animal control millage for the benefit of our community.

Since 2015, the fate of the Grand Traverse Animal Control Department has been left to chance; first being eliminated altogether, only to be reinstated two years later after large public outcry. Current funding of the department is set to expire at the end of 2018, and some Commissioners support the cut, citing animal control as being a non-mandated service.

Yet, animal control plays a vital role in reducing public health threats from unvaccinated or aggressive dogs, while simultaneously protecting pets from neglect, abandonment or abuse by people. For many communities, animal control is a highly-specialized department requiring continuing education and training of its employees in several areas. Humane officers must be proficient in understanding biosecurity and zoonotic diseases, humane euthanasia and animal capture techniques, and must also be proficient in the tools used to capture scared or stray animals.

By creating a permanent funding source, we can ensure continuity of these vital animal control services.

Each year, The Animal Legal Defense Fund, the nation’s preeminent legal advocacy organization for animals, releases their annual report card ranking each state based on their animal control and protection laws. States, or jurisdictions, are graded on 15 criteria, including scope of protection for animals, felony penalties for animal cruelty, and established standards of care, among others.

I am pleased to have read that the State of Michigan consistently falls within the top tier of states in the country and placed 6th in 2017. Last year, the State of Michigan strengthened their existing animal cruelty laws, and made it a felony to abandon an animal resulting in its serious injury or death.

Increased standards of care and stiffer penalties for animal abuse have been on an uptick since the 1980s. Mandated programs have helped to reduce the occurrence of rabies in dogs down to 2% nationally and have increased public safety by removing aggressive animals from our neighborhoods. Non-mandated programs such as low-cost spay/neuter, promoting animal adoption, or trap-neuter-return (TNR) initiatives have cut the number of pets being euthanized in our shelters from 20 million in the 1970s to 2.8 million in 2016.

Let’s not go backwards by eliminating animal care and control programs or leaving their funding to chance. The proposed millage is a small ask for a program with much potential in protecting both people and pets alike.

To learn more about the proposal, please visit gtanimalcontrolmillage.com.