Richard Duane VanderMey, retired fire chief with the Peninsula Fire Department, died unexpectedly at his home in the village of Old Mission on Thursday, Dec. 26, 2019.

Known among locals as simply “Rich,” he was born on July 9, 1955 in Cadillac, Michigan, to Charles and Margaret (Beerens) VanderMey. The family lived on Hammond Road, then moved to Kewadin and Lake City before settling in Old Mission in 1970.

After moving with his family to Old Mission, Rich worked at the Kroupa fruit processing plant, eventually driving a semi-truck and hauling fruit across the state and country.

In 1975, Rich joined the Peninsula Volunteer Fire Department at the age of 18, training as a firefighter at a time when formal training was a 66-hour program. He would later be one of the many area firefighters who took the first Emergency Medical Technician (EMT) training in Grand Traverse County.

Rich learned not only from the older members of the Peninsula Fire Department, but also from other firefighters and chiefs in the surrounding fire departments. He took special pride in his working relationship with Grand Traverse Rural Fire Chief Fred Mueller, who trained him on arson origin and detection. On many occasions, Rich called upon Chief Mueller to help him determine a fire’s cause and origin.

Rich worked his way up through the leadership of the Peninsula Fire Department, eventually becoming chief in 1986-1987. He saw this as an opportunity to bring the department and the services it provided to a higher level, including upgrades to equipment and training.

In 1989, Rich became Peninsula Township’s first full-time fire department employee, staffing Station No. 1 in Mapleton during the daytime hours. He was instrumental in getting a second full-time firefighter/EMT hired to work alongside him, and with the help of his department, was able to provide 24/7 staffing for the department. Rich’s mission was to make his department and the men and women who staffed it the best it could be.

“Yesterday was a very sad day for our department, as we had to say goodbye to our retired fire chief Rich VanderMey. While I did not know Rich well, I could tell how passionate he was about the Peninsula Twp. Fire Department. The department was his baby, and I could see the passion and effort that he put into it. I spoke to him numerous times about the department to understand the history, because he was the history and the foundation of what the department was built on.

“His dedication to the department and township were unmatched. I thank him for taking the time to help me understand the history and tradition of the department. I ask God to be with Pam and his family during this trying time and to hold them tight. RIP sir, you will be truly missed.”

On a personal note, Rich was in the same class as my brother, Ward Johnson, and I remember seeing them and their friends hanging out at Haserot Beach back in the day. As with so many Old Mission Peninsula residents, Rich seemed content to never stray far from the Peninsula, and he was devoted to serving his fellow residents as fire chief.

I’m sure many of us have “Rich” stories to tell, and here’s one of mine. Shortly before we moved my mom, Mary Johnson, into an assisted living facility in Traverse City, she began losing her memory and getting confused and anxious more easily in her home in Old Mission. During one of those incidents when she became immobile, we called 911, and Rich and his fire department team arrived and took control.

I will never forget the care and attention he gave not only my mom, but also me and other family members who were standing by. With calm assurance, Rich and his team skillfully moved Mom onto a stretcher and into an ambulance. It’s the kind of care those of us who grew up with Rich and watched him grow into his role as fire chief would see time and time again over the years. He’s one of those people who was always there, always ready to help in his quiet way. He took great pride in his role as fire chief, and he loved serving the residents of Old Mission Peninsula, most of which he knew by name.

On a professional level, Rich was a member of many organizations, including the International Association of Fire Chiefs and the Michigan Association of Fire Chiefs. Along with Chiefs Mueller and Hanna, he helped in the development of the Northwest Regional Fire Training Center, and he was as active member of its Board of Directors and a state-certified instructor until his retirement.

His most important relationships were with members of his own department. Rich considered them his family and his responsibility, and he was very proud to pass on his knowledge and experiences to the newest members.

In 1984, he joined the Traverse City Police Department Reserves Unit, and he participated in one of the first classes they offered. He enjoyed doing patrols with the regular city police officers and made many friendships in the department. He was also trained and certified as a firearms instructor. He retired in 2018 as Captain of the Reserve Unit.

In 1989, Rich married his wife, Pamela (Montague), and together they raised two sons, one of whom would later join the fire department. Rich and Pam met after she joined the department, and they served in the department together until she retired in 2011.

In 1995, Rich took on a second job managing a cherry farm near his home in Old Mission. He enjoyed keeping busy, and would work for the fire department during the day, come home and change his clothes, climb on a tractor and work on the farm until after dark. He passed along his passion for farming to his youngest son, and both sons and a nephew helped out on the farm.

In his later life, Rich enjoyed his grandsons and took great pride in them. Tractor rides and cherry shaker rides in the summer were always a staple.

Rich served as fire chief of Peninsula Fire Department until his retirement in 2013, at which time he became a full-time cherry farmer until his death.

Rich is survived by his wife, Pam, sons Michael (Rachel) and Adam (Ashley Stennet), and grandsons Mason and Mitchel. He is also survived by his brother, Harry VanderMey, and nephews Thomas VanderMey and Mathew VanderMey.

He was preceeded in death by his parents, Charles and Margaret VanderMey. In lieu of flowers, memorial contributions may be made to the family.

A celebration of Rich’s life will be held on Saturday, Jan. 4, 2019, 11 a.m., at St. Joseph Catholic Church on the Old Mission Peninsula. Visitation will take place starting at 10 a.m. 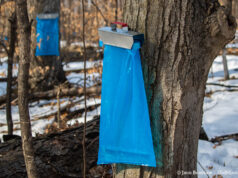 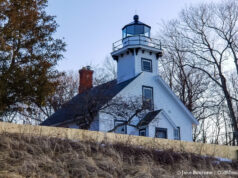 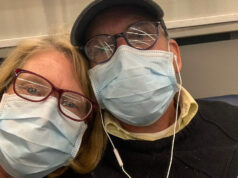