Old Mission Peninsula resident Nancy Stych passed away on June 23, 2020 at the age of 89, at her home on the Peninsula, with her husband Bud by her side. Nancy succumbed to kidney cancer, which she was first diagnosed with three years ago.

Nancy and Bud were great friends with my parents, Walter and Mary Johnson, and they’ve been great supporters of Old Mission Gazette over the years, cheering me on each step of the way. As is usually the case with OMPers, there was a lot I didn’t know about Nancy until after she passed, including how she and Bud came to live on the Peninsula.

Nancy and Bud were married for 61 years, and together, they raised two sons, were longtime business owners in Traverse City, and lived on the Old Mission Peninsula for more than 50 years.

Born Nancy Ada Williams on July 22, 1930 in Chicago, her parents were William and Ada Williams. She graduated from Wells High School in Chicago in 1948, and two years later, graduated with a certificate in Dress Design from the Chicago Academy of Arts in Chicago.

She dreamed of becoming a dress designer, and she designed and made many of her own clothes, including her wedding dress, as well as formal prom dresses and bridesmaid dresses for friends and relatives. Her talent was obvious on the few occasions that she showed family members drawings of dress designs she had made.

From 1950 to 1959, she worked in the customer accounts department at Harris Trust and Savings Bank. She also took part in the bank’s variety show and sang in its Christmas chorus. During this time, she attended the youth group at First Methodist Church in Chicago, and she was a member of the group’s Camera Club. It was there that she met Bud Stych, who was visiting the Camera Club with a work friend.

The rest, as they say, is history. Nancy and Bud were engaged in November 1957 and married on Aug. 16, 1958, in a 7 p.m. candlelight wedding at Chicago’s First Congregational Church, which is on the National Register of Historic Places.

They began raising a family in the early 1960’s, and during that time, Nancy helped Bud start a business, Stych Engineering. They eventually felt the pull to leave Chicago for a quieter lifestyle in northern Michigan.

“We had vacationed in Traverse City for several years and felt it was a wonderful place to live and raise our boys,” Nancy wrote. They moved to northern Michigan in 1965, first renting a house on Neahtawanta Road and eventually building, with the help of Bud’s father, a bayside house on Bluff Road.

For 21 years, they owned and operated equipment rental stores in Traverse City, first as United Rent-All and later as Rentals Unlimited. Nancy was the bookkeeper for the company. In 1986, they retired and sold their business.

In her retirement, Nancy spent considerable time researching her family’s genealogy, occasionally traveling to the Family History Library in Salt Lake City. Her family is grateful that her extensive research has given them a glimpse into their family tree.

Nancy and Bud also traveled frequently, including to Hawaii, Alaska and Europe. She was always willing to join Bud in his hobbies, which included years of sailing a trimaran and even more years of traveling through North American mountains and forests in their personal two-seat railcar.

Marta Hepler over at the Traverse City Record-Eagle wrote this story in 2008 about Bud and Nancy’s railcar excursions. They were also members of the North American Railcar Operators Association. I never knew about this fun hobby of theirs until I posted this story in 2016 and Bud sent me a picture of them with their railcar.

Nancy was an excellent cook, and she was especially well known for making homemade pizza every Saturday and for Bohemian dishes like pork, dumplings and sauerkraut. Her grandchildren especially loved that she made a wide variety of delicious Christmas cookies every December.

She loved birds and she enjoyed craft projects. She always remembered birthdays, anniversaries and holidays, sending gifts, cards and flower arrangements for every occasion. She always wanted to show appreciation for the people she loved, but was so modest that she was surprised when people showed that they also loved her.

She also was the dear sister of the late David (Lorraine) Williams of Virginia, the late Elvera (Al) Baldwin of Chicago, and the late Louise (Gene) Anderson of Lombard, Illinois. Her husband, sons, daughters-in-law and grandchildren will miss her greatly. “We are now separated, but only for a time.”

In lieu of flowers, the family asks that those wishing to honor Nancy make a donation to Old Mission Gazette – you can do that here (thanks so much for thinking of us, Bud) – or The Salvation Army.

The family would like to thank Nancy’s caregivers for their loving care: Dan, Rebecca, Anastasia, Melissa, Jezreel and Tracy. A graveside service took place on July 9, 2020 at 1 p.m. at the Bohemian Cemetery at Neahtawanta on the Old Mission Peninsula. 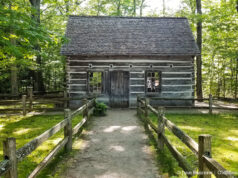 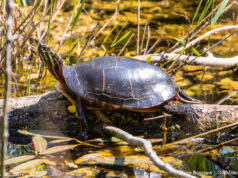 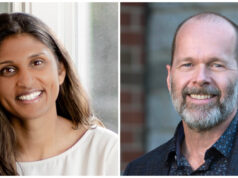